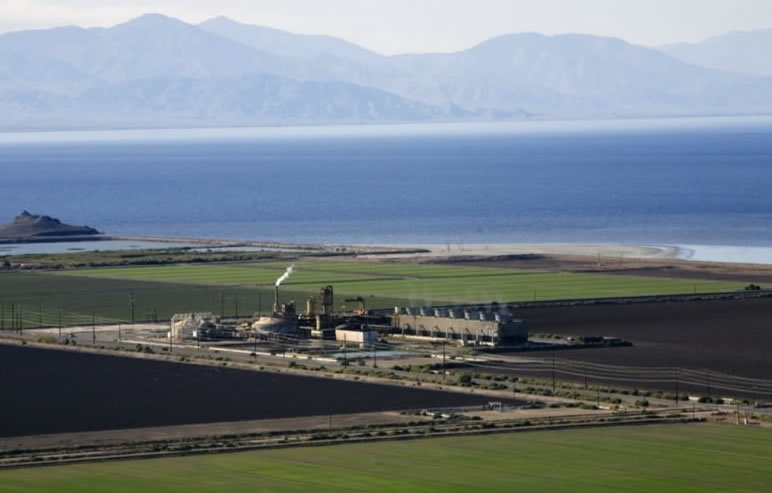 BHE Renewables, LLC (BHER) is an independent power producer that oversees unregulated solar, wind, hydro, and geothermal projects. Through its subsidiaries, the company has a combined renewable electricity production capacity of more than 4,000 MW, including 350 MW generated across 10 geothermal power plants in California’s Imperial Valley, not far from the Salton Sea.

Recently, BHER began exploring a first-of-its-kind technology that would recover valuable lithium metal from the superheated geothermal brine the company uses to spin turbines and generate electricity at its Imperial Valley facilities. To reduce the cost of and risks associated with this new technology, BHER sought funding from the California Energy Commission’s GFO-19-303 grant program in early 2020.

“Unfortunately, we had not previously applied to the California Energy Commission for grant funding and did not have the bandwidth or resources necessary to prepare the many technical, financial, and environmental documents in such a short time frame,” said Jonathan Weisgall, VP, Regulatory Affairs at Berkshire Hathaway Energy.

After receiving a recommendation, BHER sought guidance on how to proceed from Sacramento-based Momentum. “At first, we just wanted advice on how to navigate the grant funding landscape,” said Eric Besseling, VP Business Development at BHER. “We had no idea what was involved and wanted to make sure we didn’t trip up anywhere.”

The initial consultation quickly turned into an engagement with Momentum to manage the entire process of preparing and submitting the grant proposal on behalf of BHER. This engagement kicked off with an all-day meeting at Momentum offices in Oakland, California. There, BHER and representatives from engineering and technology firms shared information about the project, white-boarded timelines and budgets, and discussed proposal requirements. “That first day was very valuable,” said Besseling.

Momentum then began preparing project documents, including a lengthy project narrative. “If I had written it myself, I would have gone down too many rabbit holes because the story is so complex,” said Besseling. “I was looking for a fresh set of eyes that could offer a new perspective and convey the big picture in a way that resonated with the Energy Commission. Momentum did that very well.”

BHER also valued Momentum’s efforts to solicit input from project stakeholders and produce compelling, timely proposal deliverables. “The Momentum team kept us on task and was willing to go deep within my organization—and even bypass me—when gathering information,” said Besseling. “That made my job easier.”

Momentum also provided assistance in the process of complying with the California Environmental Quality Act. “Their representative helped prepare important environmental documentation and participated in a meeting with the local planning department,” said Besseling. “His help validated our approach and reassured us that we were on the right track.”

“There is a lot of lithium in the world”, says Weisgall “The challenge lies in recovering it in a manner that is cost-effective and environmentally friendly.” After careful review, the California Energy Commission decided that the project had the potential to do both, awarding BHER $6 million toward the proposed $11-million demonstration project, which is located in an area categorized as both a disadvantaged and low-income community.

“Momentum helped us with every aspect of preparing and successfully submitting 18 separate documents totaling almost 400 pages,” says Besseling. “Their team was critical to our success.” Moving forward, BHER has engaged Momentum for assistance with grant administration on the $11-million project. “We’re excited to continue working with them.”

“We worked with a team of five from Momentum on a challenging grant opportunity. They were efficient, thorough, and terrific to work with. Simply put, their efforts helped us win.”